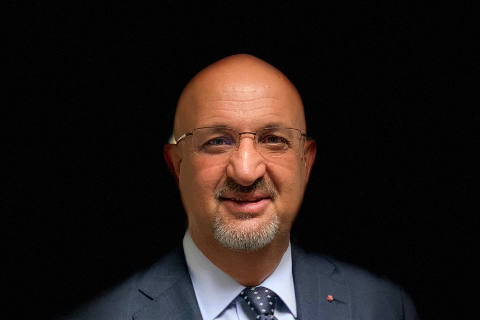 Dr. Aygun is the founder and President&CEO of Space Systems International-Monaco S.A.M (SSI-Monaco) since 2004. SSI-Monaco is an integrated international satellite telecommunications service provider.

SSI-Monaco is also the satellite operator of the Principality of Monaco and as such developed the 52°E Monaco orbital position. The company successfully realized the MonacoSAT program and launched the TurkmenAlem52E/MonacoSAT-1 satellite in partnership with Thales Alenia Space on 27 April 2015 from Cape Canaveral with Falcon 9 of SpaceX.

SSI-Monaco and Monaco Government has created a Joint Venture Company MonacoSat S.A.M. in 2018 to realize the future series of MonacoSat satellites fleet. Dr. Aygun is also the President&CEO of MonacoSat company. Currently MonacoSat-2 satellite project is started with the planning of the launch of MonacoSat-2A in 2023.

Dr. ILHAMI AYGUN is a pioneer in the field of Satellite Communications as such he participated many European satellite programs, and has developed national satellite programs for Turkey, Azerbaijan, Turkmenistan and Monaco.

In 1981, Dr. Aygun graduated as an Electrical/Electronics Engineer from the Middle East Technical University (METU) in Ankara, Turkey. He then got the Master degree from METU and attended postgraduate and doctorate studies in Southampton University-UK, AT&T Bell Labs/MIT-USA and Marmara University – Istanbul.

Dr. Aygun was the first Director of the Turkish Satellite Communications Center (todays TURKSAT, the national satellite operator of Turkey) during 1985-1990 in Ankara. He designed and directed the development of Turksat’s (1A, 1B, 1C) satellites in partnership with Aerospatiale-France (todays Thales Alenia Space) during 1991- 1997. Following the success of the Turksat satellites Dr Aygun became the Director General and CEO of EURASIASAT Company in Monaco a JV between Turkey and France (1997-2003). During his leadership the financing, design, manufacturing, launch and operation of Eurasiasat-1 (Turksat-2A) satellite was successfully realized.