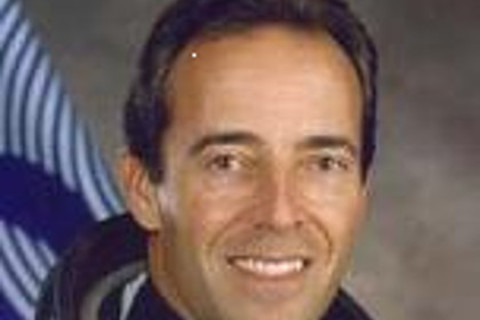 Personal data
Born November 19, 1958, in Longeville-les-Metz, France. He considers Toulouse, France, to be also his adopted hometown. Married to the former Laurence Boulanger. They have two children. He enjoys racquet sports, skill games, canyoning, skiing, and flying activities such as boomerang, frisbee, kites. His mother resides near Paris, France.

Experience
In 1983 Clervoy was seconded from the Délégation Générale pour L’ Armement (DGA) to CNES (French Space Agency) where he works on autopilot systems for various projects such as the earth observation satellite SPOT, the optical inter-satellite space link STAR or the comet probe VEGA.
He was selected in the second group of French astronauts in 1985 and started intensive Russian language training. From 1987 until 1992 he directed the parabolic flight program at the Flight Test Center, Brétigny-sur-Orge and provided technical support to the European human space program within the ESA Hermes crew office in Toulouse. From 1983 to 1987, Clervoy was also a lecturer in signal processing and general mechanics at the Ecole Nationale Supérieure de l’ Aéronautique et de l’ Espace, Toulouse.
In 1991, he trained in Star City, Moscow, on the Soyuz and Mir systems. In 1992, he joined the astronaut corps of the European Space Agency (ESA) at the European Astronaut Center EAC in Cologne. In august 1992 Clervoy was detached to the NASA Johnson Space Center/ Houston to gain the Space Shuttle mission specialist qualifications. In between his space flights, Clervoy was assigned as flight software verification lead in the Shuttle Avionics Integration Laboratory (SAIL) and as robotics display design lead for Shuttle and Station. After his third spaceflight, he was assigned as the International Space Station display integration lead in the NASA-JSC Astronaut Office.
He flew twice aboard Space Shuttle Atlantis and once aboard Discovery for a total of 675 hours in space.
From 2001 through 2008 he was assigned Senior Advisor Astronaut of the ATV (Automated Transfer Vehicle) ESA project in Les Mureaux (France). In 2008, he was also appointed member of the selection board for the new ESA astronaut class, and then assigned as coach of the new class for their first year of training. As part of his ESA collateral duties until his retirement in december 2018, Clervoy provided support to the human spaceflight programme, the external relations department and the sustainable development office. In particular, he contributed to the testing of spacesuit prototypes for Lunar and Martian exploration training, in neutral buoyancy in Marseille, at sea for the ‘Apollo11 under the sea’ project, and in Rio Tinto, Mars analog, in Spain.
From 2006 to 2011, J.F. Clervoy is also Chairman and Chief Executive Officer of Novespace, subsidiary of CNES (French space agency) in charge of parabolic flights on board of the airbus A310 Zero-G for scientific research. He continued his chairman functions until 2019.
Jean-François Clervoy holds military and civilian parachuting licenses, military and civilian scuba-diving licenses, and private pilot license.
Publication
Jean-François Clervoy is author of the book « Histoire(s) d’Espace » (Ed. Jacob-Duvernet) telling his third space mission to repair the Hubble space telescope. He is also co-author of « Voler en apesanteur” et “Embarquer dès demain pour l’espace » (Ed.Vuibert), “Dans les bars des bouts du monde » andt « La Diva, le Président et autres face-à-face » (Ed. L’Elocoquent), « Vox confidential » (Ed. Michel Lafon), « Histoire de la conquête spatiale » (Ed, Vuibert)
Patent
Jean-François filed an international patent for the time functions of the wrist watch ‘Speedmaster Skywalker X-33’ produced by Omega, tested and qualified by ESA. He is ambassador of Omega.

Spaceflight experience
STS-66 (November 3-14, 1994), the Atmospheric Laboratory for Applications and Science-3 (ATLAS-3) mission was part of an ongoing program to determine the Earth’s energy balance and atmospheric change over an eleven-year solar cycle. Clervoy used the robotic arm to deploy the CRISTA-SPAS atmospheric research satellite 20 hours after lift-off, and logged 262 hours and 34 minutes in space and 175 earth orbits.
STS-84 (May 15-24, 1997) was NASA’s sixth Shuttle mission to rendezvous and dock with the Russian Space Station Mir. Assigned as payload commander, Clervoy’s primary tasks were the management of more than 20 experiments, the operation of the docking system and the double module SPACEHAB, and the transfer of 4 tons of equipment between Atlantis and Mir. He was also trained as a contingency spacewalker on this mission. He logged and 221 hours and 20 minutes in space and 144 earth orbits.
STS-103 (December 19 – 27, 1999) primary objectives was the repair of the Hubble space telescope, which was put to sleep after successive failures of its gyroscopes, necessary to meet the telescope’s very precise pointing requirements. Clervoy was the flight engineer for ascent, space rendezvous and entry. He used the robotic arm to capture and deploy the telescope, and to manoeuvre his crew mates during each of their three spacewalks lasting each more than eight hours. He logged 191 hours and 11 minutes in space and 120 earth orbits.
Current assignment
Clervoy retired from the ESA’s European Astronaut Corps in december 2018, after more than 33 years of active astronaut duty. Since 2013 Clervoy chairs the jury of the “space for Sustainability” award. He is honorary president of Novespace, a subsidiary of French space agency CNES in charge of the parabolic flight programme on board of the airbus A310 Zero-G based in Bordeaux-Mérignac, France. JFC is Founder and Ambassador of AirZeroG which organizes weightlessness flights for private customers – www.airzerog.com