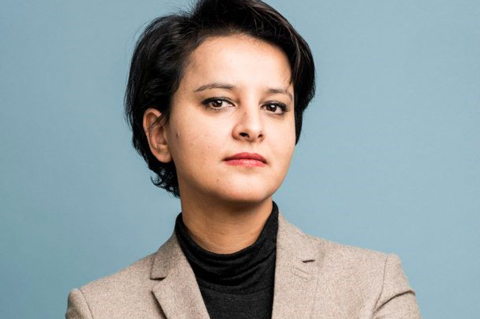 A law graduate of the Paris Institute of Political Studies (Sciences Po, 2000), she worked for a legal firm at the Council of State and the Supreme Court (Cour de Cassation). There, she gained expertise in pharmaceutical law, electoral law and human rights.

From 2003, she decided to get involved in local political life, first as Regional Councillor for the Rhône-Alpes region in charge of cultural affairs. She then became deputy mayor of Lyon, where she had the task of organizing major events as well as enhancing local democracy, community life and youth wellbeing. Following which, she was elected General Councillor for Social Affairs.

From 2007, she entered the political arena at the national level. She started off as national secretary of the Socialist Party in charge of societal issues, then became vice-president of Mouvement Européen France, a think-tank that advocates further European integration. She was also spokesperson for socialist presidential candidate Ségolène Royal. In 2012, she took up the same role in François Hollande’s winning presidential campaign. Following which, Najat Vallaud Belkacem successively held the position of Minister for Women’s Rights, Minister for Urban Planning, Youth and Sports and finally Minister for Education, Higher Education and Research from August 2014 onward. The first ever woman to take up this role, she remained in office for three years.

In March 2018, she decided to join the private sector and took up the position of Global Affairs CEO at Ipsos, an industry-leading firm in global market and opinion research. There, she heads studies that evaluate public policies for international institutions and organisations, NGOs, and other actors which act in the public interest at the global level.

In parallel to her endeavours at Ipsos, she runs “Raison de Plus”, a collection of works dedicated to progressive causes within publishing house Fayard.