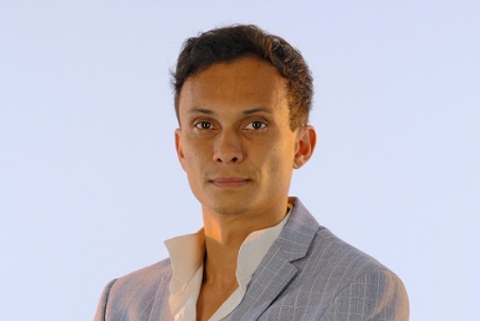 For several years, Yann Kasay has been interested in fields of innovation, energy, education, social & solidarity economy. Yann Kasay pursues his efforts to communicate around these topics on the African continent through different position statements made in Medias. Enthusiast about geopolitics, young auditor from the Institute for Higher National Defence Studies (IHEDN), he contributes to the youth association of IHEDN by the organization of workshops and conferences on African topics. In 2019, he was chosen by the French African Foundation as one of the 30 Young Leaders who represent a bridge between the African Continent and France.
Yann Kasay went after a career of athlete (tennis) while studying in France and in the United States between 2005 and 2012. Graduated in 2013, he started a career in IT & Business advisory services before he cofounded his first company, ISS, which helps European athletes and students to structure their education plans and to obtain scholarships in American colleges and Universities.

Yann Kasay’s commitment to Africa is born from his willingness to reinvest the skills and know-hows learnt in Europe and in the United States to support the development of the African continent. Convinced by the importance of diaspora in the development of Africa, Jirogasy’s creation in 2017 in his country of origins gives evidence of his engagement in favor of Madagascar and the continent. Jirogasy’s main goal is to develop industrial units able to produce Solar home Systems & solar powered IOT made in Africa. With Jirogasy, he aims multiple targets: giving industrial trainings to local workers, creating new qualified jobs, importing a full value chain on African domestic market, and developing an innovative, strong & competitive new industry in Africa.