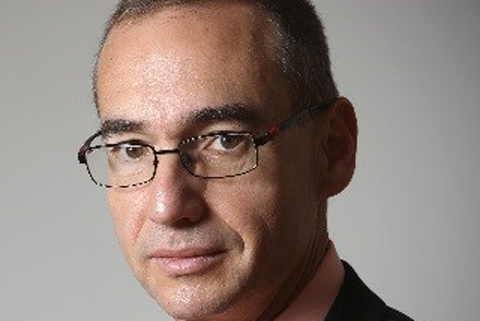 Prof. Arnon Afek is the Associate Director General, the Acting Director of Sheba General Hospital and the Chairman of the Department of Medical Administration at Sheba Medical Center. He assumed these positions after completing his tenure as the Director General (DG) and the Associate Medical DG of the Israeli Ministry of Health (2014-17). In the MOH, Prof Afek led the reforms in Mental Care, the regulation of Cannabis for medical use and public transparency in the publishing the outcomes of hospitals “Quality Indicators”.
For his outstanding accomplishments and contributions to the Israeli Healthcare system, he received in 2019, the “Ot Yakir Hamedina”, the highest award given each year to two senior civil servants.
He is the Founding Chairman of the National Council on Pathology and Forensic Medicine.
In 2015, Prof. Afek was personally appointed as a member of the Bureau of Governors of the OECD Health Committee, taking a role in designing health policy in the OECD.
Since 2011, Prof. Afek serves as the Director of the NY State/American MD Program and Professor of Public Health at the Sackler School of Medicine and the Coller School of Management at Tel Aviv University.
He is a Visiting Professor at the Nicosia University Medical School, Cyprus.
In 2018, Prof Afek was nominated the Chairman of the Israeli Medical Association World Federation (IMA WF) and in 2019, he was elected the Chairman of the Association of Hospitals’ Directors.
Previously, Prof. Afek was the Director of Medical Affairs, Acting Head of the Emergency Services of the Israeli Ministry of Health (2012-2014) and the Deputy Director of Sheba General Hospital (2007-2012).
Prof. Afek is a Colonel (Res) and a member of the IDF-MC Helsinki (IRB) Committee. He has previously served as the Head of Occupational Medicine and Medical Classification Branches as well as the Chairman of the Department of Medical Administration at the IDF Medical Corps (2004-7).

Dr. Arnon Afek received his medical training at the Hebrew University and Hadassah School of Medicine (1981-1987), residency in Anatomical Pathology at the Sheba Medical Center and fellowship in Medical Administration (Board Certified Cum Laude) at the Sheba Medical Center and at the Ministry of Health.
He completed M.A in Health Administration Cum Laude at Ben-Gurion University (2000-2002).
He is a graduate of the Wexner Senior Leadership Executive Program (WSLP 16), Kennedy School of Government at Harvard University.
Prof. Afek has published more than 150 peer reviewed papers in medical journals such as NEJM, JAMA, Lancet and Circulation and has received numerous awards, including the Tel Aviv University Rector’s Award for Excellence in Teaching, the Kellerman Award and the Goldberg Award, both for research in Cardiology; the Israel National Quality Award (twice) and the Award of Excellence in Military Medicine.
He chaired the Committee that recommended the establishment of the new Sheldon & Miriam Adelson Medical School in Ariel University.
In 2016, he received the Israeli Civil Service Commission Award for reducing bureaucracy in physician licensing and Quality Improvement Award for advancing quality of care in Neonatal Units throughout Israel.
In 2017, Prof Afek was awarded the Society for Patients’ Rights in Israel Certificate of Recognition for his contribution to patient’s healthcare in reforming Mental Healthcare in Israel.
He lecturers at numerous medical conferences and delivered The John M. Eisenberg, M.D. International Lecture at The Commonwealth Fund’s 18th Annual International Symposium on Health Care Policy.
He is married to a Pediatric Dentist, Dr. Limor Afek. They live in Rosh Ha’ayin with their two children Shahar and Oren.