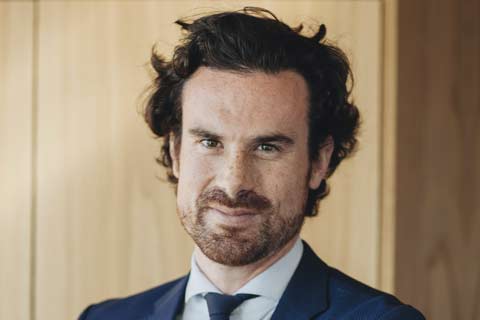 Mathias Vicherat, 41, joined Danone in April 2019 as General Secretary. He has been overseeing the company’s corporate affairs (PA, security and intelligence, communication) and GS network worldwide. Danone has over 100.000 employees and, in 2018, recorded revenue of 24.6 billion euros.
From 2016 to 2019, Mr Vicherat was Deputy CEO of the SNCF in charge of strategy, communication and crisis. He has notably been contributing to the company’s turnaround in light of the European rail market deregulation. He has also developed innovative partnerships, including a prominent joint venture with ACCORHOTEL to re-launch the “Orient Express” brand
Before joining the SNCF, Mathias Vicherat spent six years as the Mayor of Paris’ Chief of Staff for two Mayors : Bertrand Delanoe and Anne Hidalgo. He was in charge of overseeing all municipal policies and services (60 000 employees), led daily discussions with Ministers and Government services. His achievements included managing a crisis center after the Paris terrorists attacks in January and November 2015; working with Parliament to pass a law giving a new status to the City ; negotiating major lease agreements on the public domain. Lastly, Mr Vicherat was instrumental in promoting Paris’ worldwide reputation and influence through his contribution to the success of such projects as the COP 21 conference and the city’s successful 2024 Olympic bid.
From 2004 to 2010, Mathias Vicherat worked for the Ministry of Interior as a Deputy Prefect (notably in Seine Saint Denis) and as a national chief of Police adviser. During this time, he was notably in charge of running the Roissy Charles de Gaulle security issues and oversaw the implementation of the new aviation counter-terrorism policy.
Mathias Vicherat graduated from the French School ENA (National School of Administration), holds a degree from Sciences Po Paris, and two post-graduate diplomas from La Sorbonne and Dauphine (Political science and public administration).